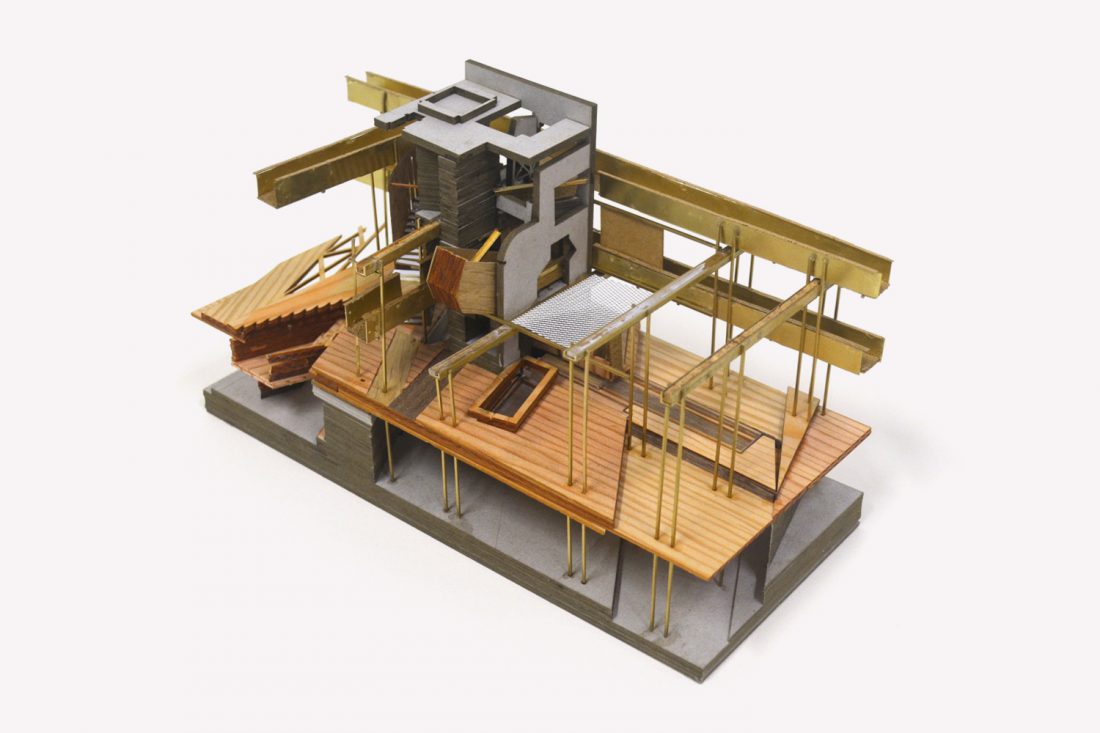 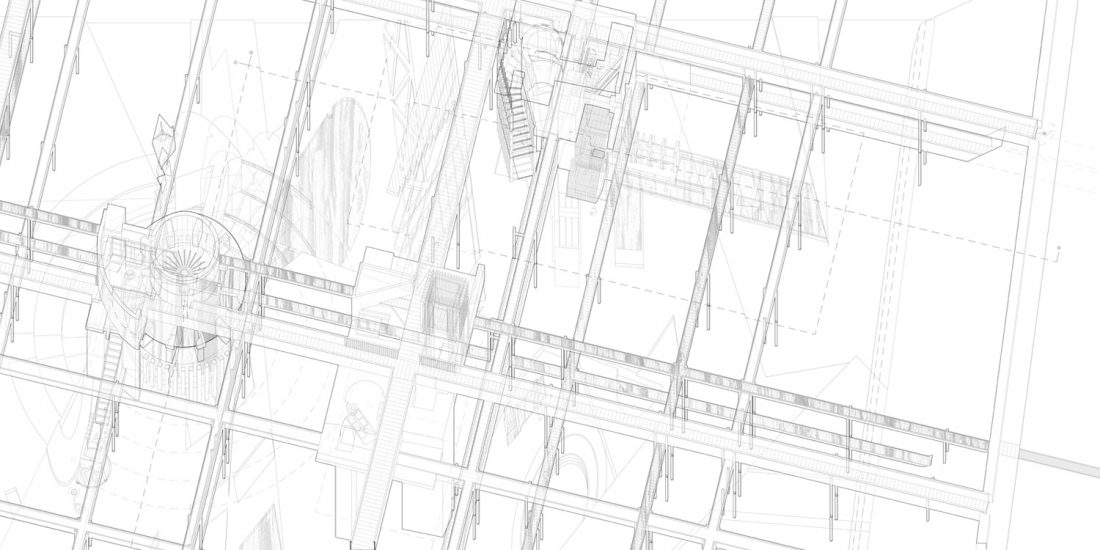 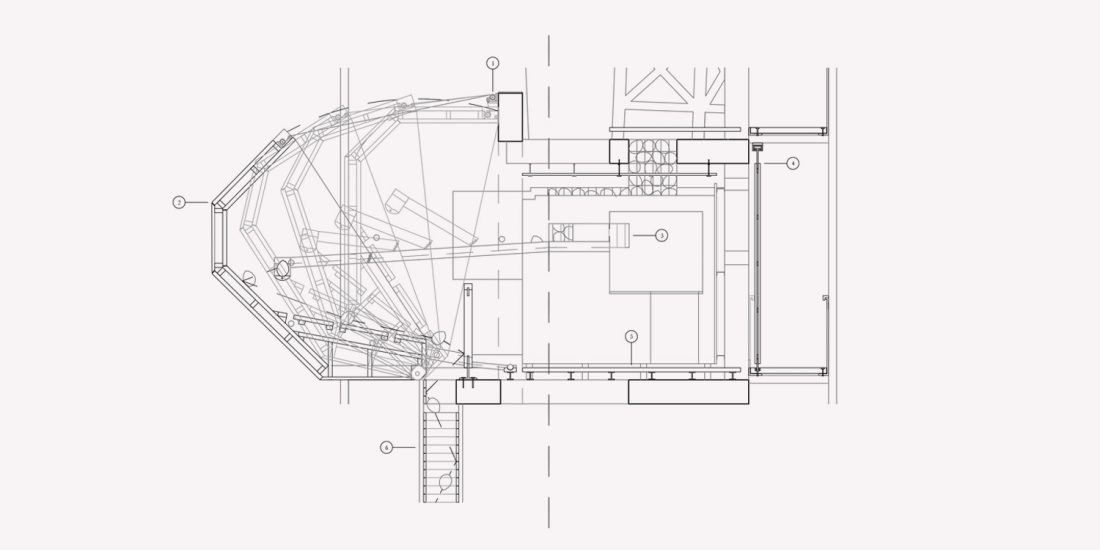 The citizen, disengaged and frustrated, chooses between casting a ballot or having a turn at the coconut shy. The counted ballots and broken shells collect in the same pit, more coconut than paper. As the daily water cycle of the Camp reaches its peak, a cistern tips its contents into the pit, washing the citizen’s civic voice away.

The fragments of the Device run, twist, and turn against each other, unlocking itself according to a set order. Within the Deck, the creaks and shifts of the boards follow the same logic, gradually opening to let in a breeze, panning out to provide shade. Water streams from aqueduct to carousel, propelled out to irrigate a field of allotments, leaking and dripping from sun baked landscape to cool under croft.