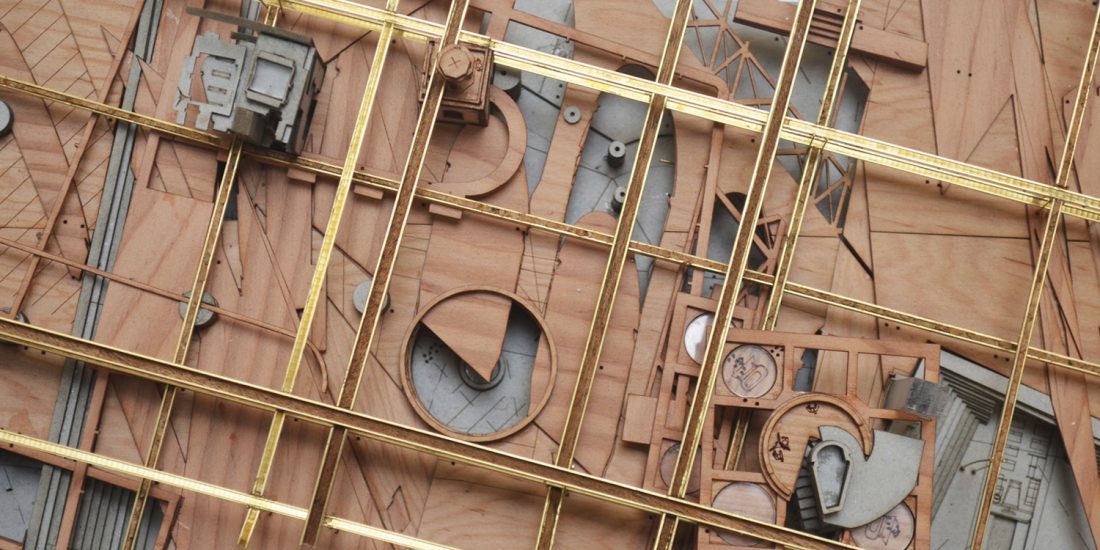 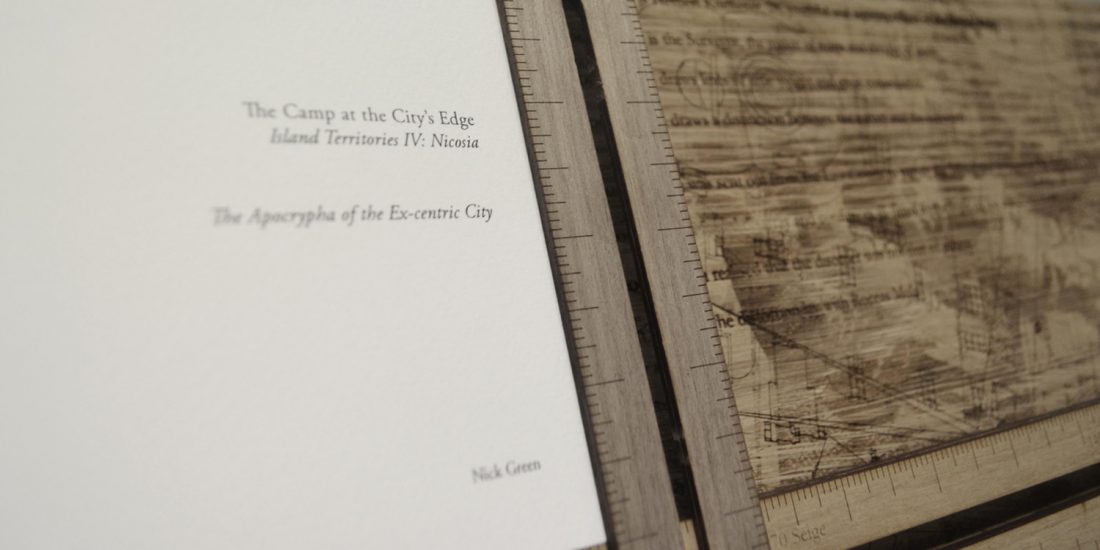 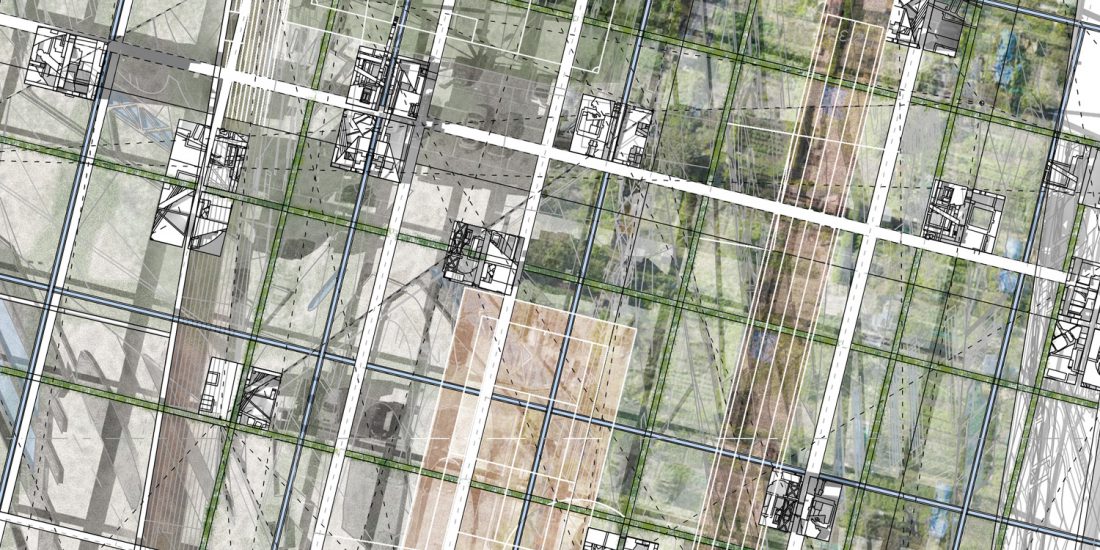 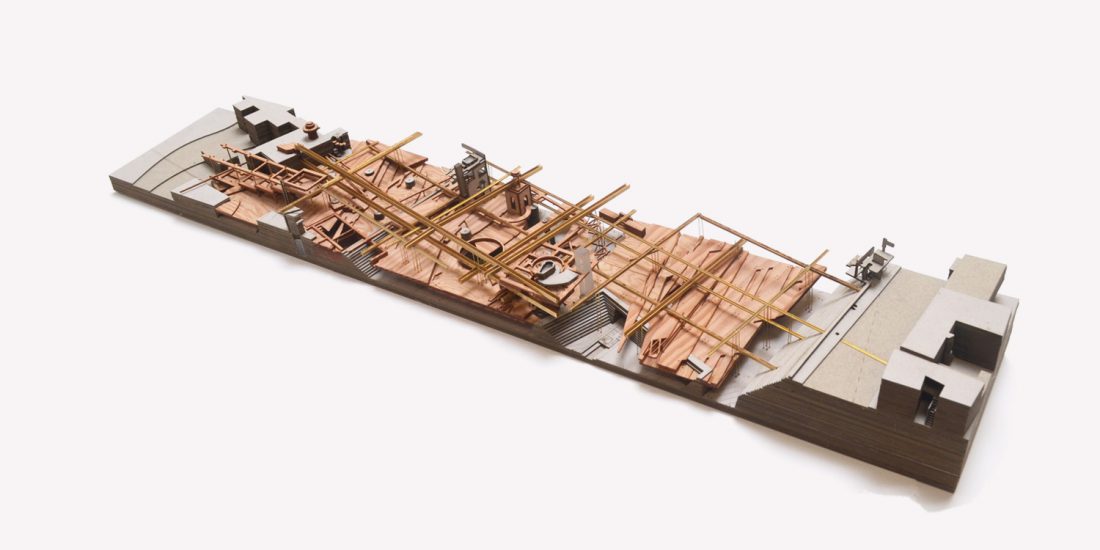 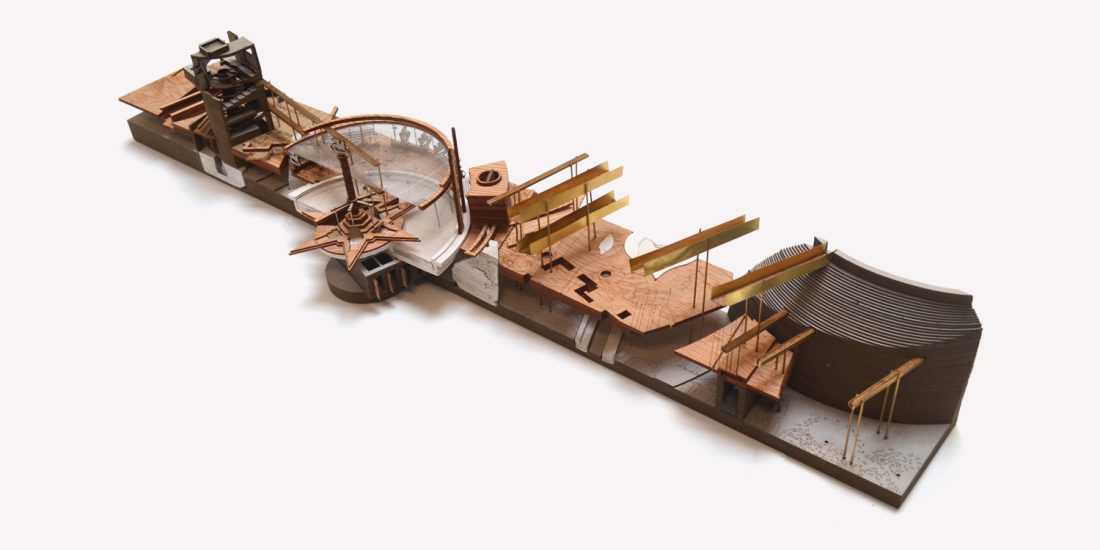 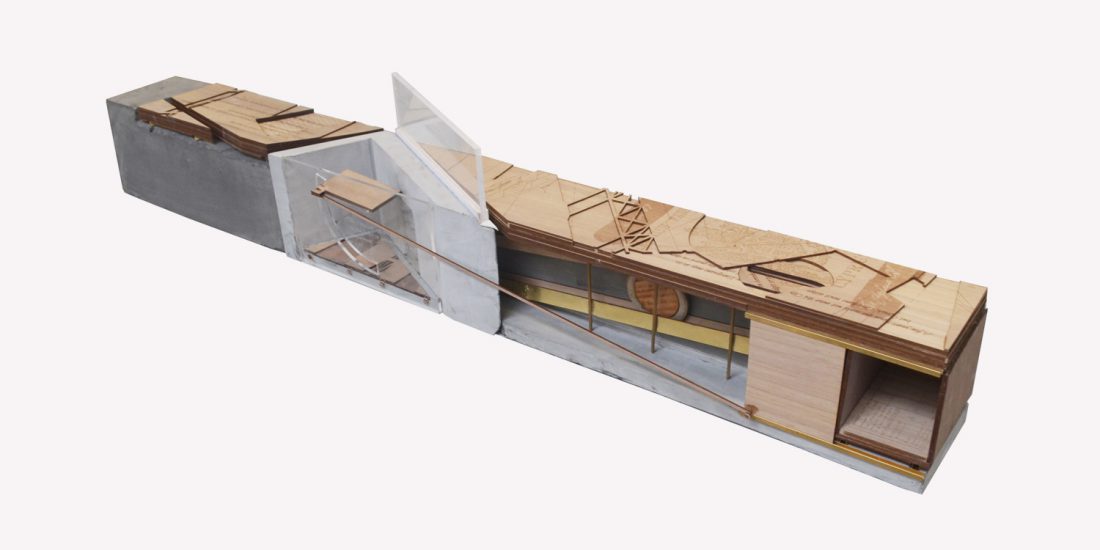 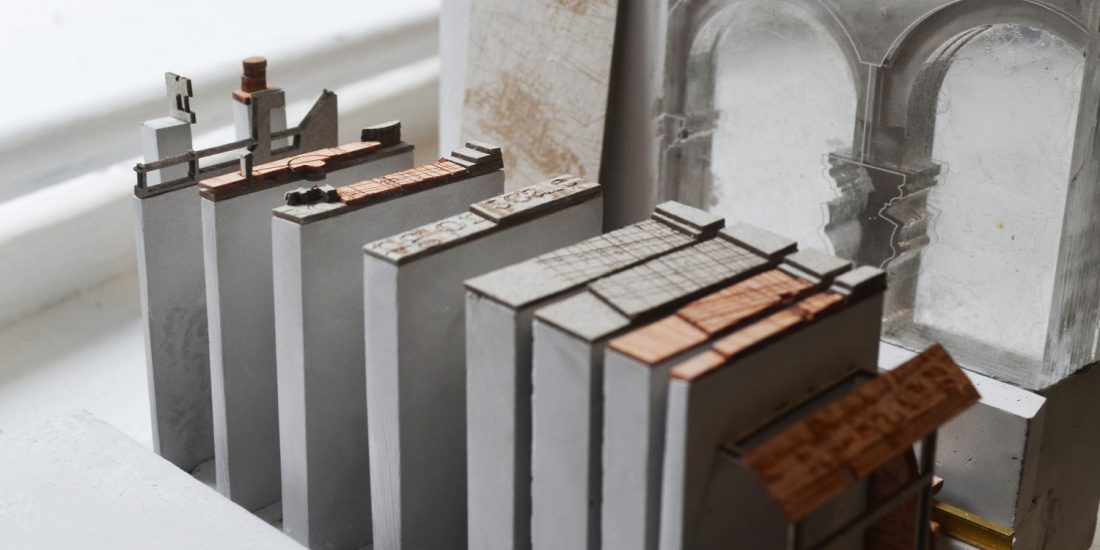 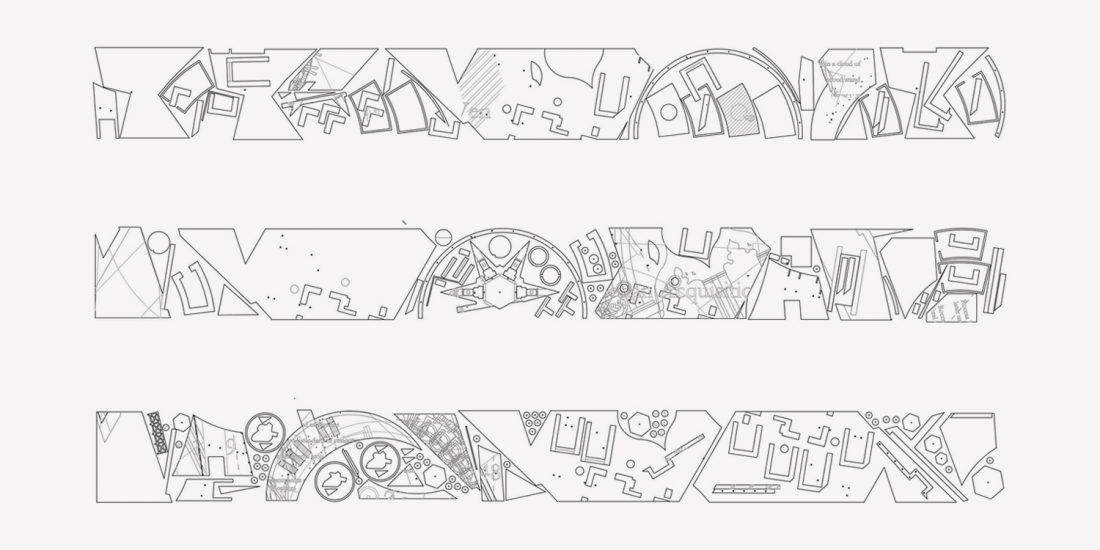 The thesis takes the divided city of Nicosia, capital of the cloven island of Cyprus, as the setting for an urban scheme exploring the nature of the edge and the residual in architecture. Developed through a series of empirical processes relating to cartography and model making, The Camp at the City’s Edge is a landscape programmatically grounded in real world concerns – pressing issues of water shortage and the ever present political partition of the island – while also offering an absurdist satire on the idealism of city planning.

Formed of 11 bastions examining and arguing for elements of the thesis, the Model – the Island – is a defence of the Camp, of an attitude towards the City. These bastions are physical models, each situated to a certain moment in the City’s history and scaled to an object of the narrative (i.e. the Model Room at the scale of the Handkerchief). Therefore, each comes laden with its own social, cultural, and administrative priorities. These attitudes impact upon the models, in their techniques, scales, subjects and concerns so that the Island as a whole may be read as a mapping of the changing influences upon the City, and their consequences upon the Camp as its distorted mirror.